Want to learn how to make a LEGO Spirograph at home? If yes, then don’t stop reading this post. So, as we all know, Spirograph for kids is ideal if you’re seeking a creative and interesting art tool for your kids. Let’s have a brief introduction of what a spirograph is all about.

In simple terms, a spirograph is a sketching tool that allows kids to create cyclical curved line patterns. The original toy was made of several templates and inserts interlocked using teeth that looked like machine gears. The inserts were drilled with several holes to accept a pen or pencil, and a pattern would begin taking shape as the pen followed its cyclical pattern around the interior of the template while keeping the instrument down.

Without a doubt, this toy keeps kids entertained for hours. Spirographs for kids come in many shapes and sizes, allowing them to create many patterns. They let out their artistic imagination through a colorful display until they have a never-ending show of amazing artwork. Children commonly use spirograph images to embellish their files or scrapbooks. Scrapbookers especially enjoy using spirographs because of the intricate patterns. They also use them to add decoration to simple book covers with borders.

Now, what if you can create the same with LEGO blocks? Sounds astonishing? Well, it is, but surprisingly, it’s possible.

Steps To Make A LEGO Spirograph

Follow the steps and make a LEGO spirograph at home.

Step 1: Arrange all the necessary blocks shown in the image in one place. Step 2: Start making the base as shown in the below picture. Add each block nicely. 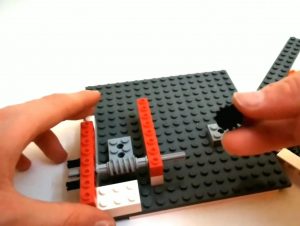 Step 3: Prepare the first layer as shown in the image. 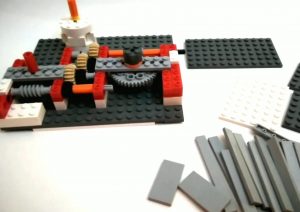 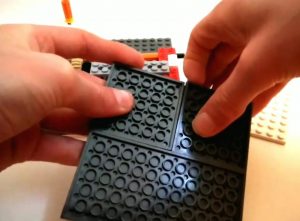 Step 5: Make the LEGO handle. Fix the blocks as described in the image. 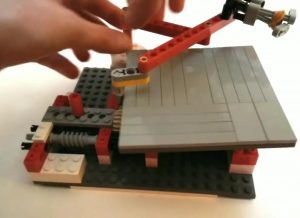 Step 6: And that’s it. Your LEGO spirograph is ready. 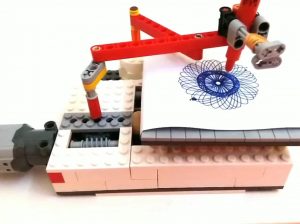 Keep in mind the below-written things while making LEGO spirographs.

And that’s it. Once you’re done with LEGO blocks, you can pass them to your kids, and they can enjoy doing art and craft. I hope this post on how to make a LEGO spirograph would have helped you. 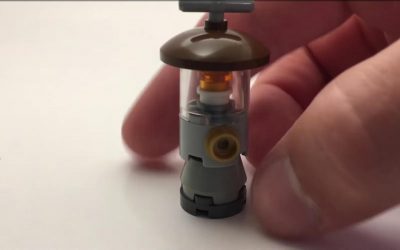 How To Make A LEGO Lantern

Introduction Want to learn how to make a LEGO lantern? If your answer is yes, then keep reading to...