How To Make A LEGO Steam Train

We all love playing various kinds of games, right? All of you must have owned different interesting toys in your childhood. Some of you might have had cars, while some of you might have liked dolls more. If you have kids now, we are sure they play with more modern toys and mobile games. But, it costs a lot of money to buy new toys at present. This is why we are going to tell you how to make a LEGO Steam Train at home.

Are you also one of those people who find watching trains fascinating? Trains are one of those toys that kids are interested in even nowadays. Some kids like remote-controlled trains, while some like battery-operated steam trains. But, what will you say if we say that you can make a steam train on your own?

Yes, you heard it right as you can easily make a steam train using LEGO bricks. When you make a steam train with LEGO, it helps in taking your creativity out. Not just this, you can make your kids build it as it will develop their motor and cognitive skills.

So, let’s just have a look at the supplies we are going to need to make a LEGO Steam Train at home.

You are going to need the following LEGO pieces and you can make a beautiful steam train yourself.

All you need to do is follow the simple steps we are going to tell you about and you will be able to make a steam train at home.

Step 1: Start making the base of the steam train by putting green blocks together and then black over them. Step 2: Put two round LEGO bricks to make the lights and a sloping brick in the front. Step 3: Then keep building the train by joining the black bricks in the back. 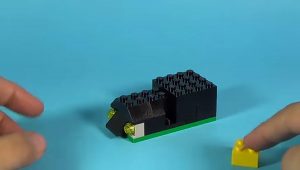 Step 4: Put a layer of yellow and black bricks in the front and red bricks at the back. 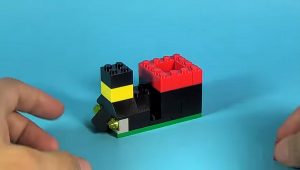 Put more bricks in the front and back

Step 5: Then again, put layers of yellow, red, and black bricks in the back. 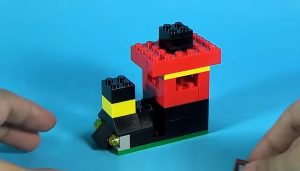 Step 6: Now, put two brown sloping bricks on both sides of the top of the train, a sloping brick in the front, and add the wheels, and your steam train is ready!

While you are making this LEGO Train at home, ensure that you put all the bricks in the right place so that you don’t mess up. So, now that you know how to make a LEGO Steam Train, make one for yourself.