How To Make Japanese Fans

Hey, can you think of a common Japanese fashion piece that serves both utilitarian and decorative reasons while also serving as military technology? Umm…if you guessed the Japanese fan, you are correct! And here, you’ll learn how to make Japanese fans.

The fan is a well-known symbol of Japanese culture, and it’s more than just a way to keep cool on a hot day. While traditional Japanese fans no longer have a place on modern battlefields, they remain an artistic medium and useful fashion accessory.

In the past bloody periods, the samurai used these fans to send code messages. However, Japanese fans are now mostly utilized to keep cool during the scorching hot summers in Japan. And we Indians love it a lot. It’s something which fascinates us a lot.

So, if you’re someone who loves Japanese culture and want to have a Japanese fan, give this post a read.

You’ll need to collect these supplies to make a Japanese fan.

You are supposed to follow the steps to make a perfect Japanese fan. 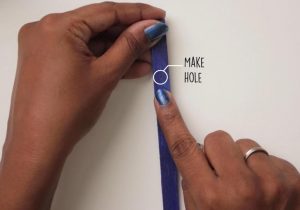 Make a hole on the Stick

Step 2: Repeat the same steps with the sticks. 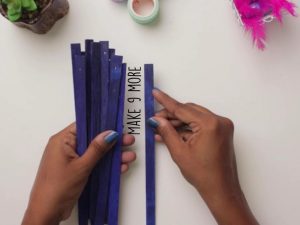 Step 3: Now, take a thin wire. Attach all the sticks with the help of a wire. Tie the end so that it’ll be joined together. 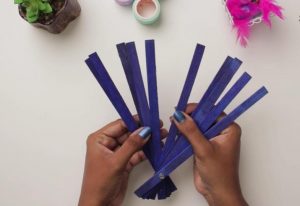 Step 4: Now, put the sticks on white paper. First, with the help of scissors, cut a small semi-circle out of paper. Once it’s done, paste the sticks on the sheet. Remove the excess. 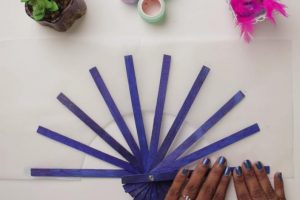 Step 5: Now, cover the white paper with the designer sheet. 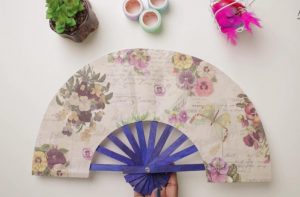 Cover with a designer sheet 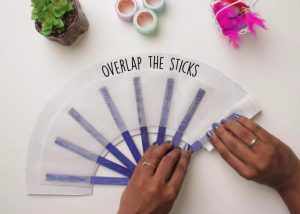 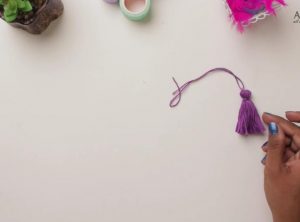 Step 8: At last, attach a pearl to the wire and then attach the bell. 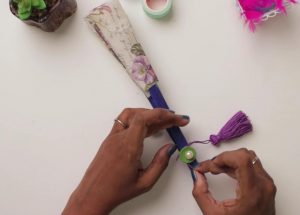 Step 9: And here’s your Japanese fan ready to use. 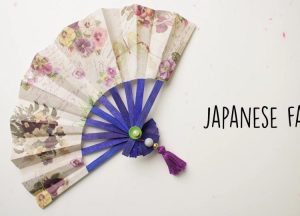 Whoa! It’s easy to make, right? Well, it’s awesome to have one in your purse even if you don’t use it. It gives a decent Japanese look.