Melodies in the Ice

In this experiment (melodies in the ice), we will be playing rock music and classical music on water crystals during the process of freezing to check if the music has any effect on the shape, count, and size of the formed crystals. 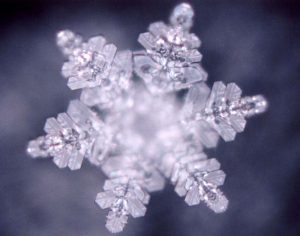 Step 1: To keep the level of Classical music and Rock music the same, import them into Audacity.

Step 2: Take two Petri dishes and put some water in both of them.

Step 3: Add the edited songs to each of the Petri dishes.

Step 4: Put the Petri dishes in the freezer for some time.

Step 5: When water gets frozen, bring out the petri dish from the freezer after some moments.

Step 6: Put the Petri dishes under a microscope one after another.

Step 7: Take pictures of each of them.

Step 8: Grind pictures for counting crystals. Do this like you are counting bacteria.

Step 9: Using the picture, find the number of crystals, their shape, and size.

Step 10: Repeat the same experiment without the addition of any music. This will act as our control group. 1. We observed that the average number of crystals in the control group was 105.8.

2. The number of crystals in the petri dish that had rock music was159.9.

3. The number of crystals in classical music containing Petri dishes was 99.6.

5. There were 6 Petri dishes in the control group whose crystals acquired random shapes. In classic music and rock music groups, the numbers were 11.5 and 0.

6. The crystals of 1 petri dish acquired the cubed shapes. While in classical music and rock music groups the numbers were 2.5 and 1.

2. Our hypothesis in which we assumed that rock music will form the most random shapes was wrong. From the observation, we saw it was classical music that formed more random shapes.

4. We also observed that the crystallization of ice was not affected by playing music in some form.

In this experiment, we found out the effect of playing classical music and rock music on the shape, size, and crystallization of ice.

Q.2 Does rock music produce any random shapes of crystals?

ANS. No, Rock music did not form random shapes of crystals.

Q.3 Does rock music produce any effect on fragmented or random ice crystals?