In this experiment, we will be testing which gas among Nitrogen, Compressed air, and Helium would keep balloons inflated for longer.

We are performing this experiment to test Costco’s advertisements claiming that Nitrogen gas keeps the tires inflated for a longer time. They also said nitrogen-filled tires are safer and give you a smoother ride than other gasses. And it also increases your tire life.

To determine if nitrogen keeps a balloon inflated for a longer time than helium and compressed air.

We hypothesized that the balloon filled with nitrogen gas would inflate balloons more for a longer time than other gasses like compressed air and helium. 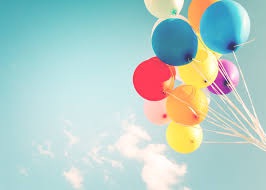 Step 1: To determine if color is a factor in keeping a balloon inflated, purchase three different colors of balloons. Those will be red, blue, and purple.

Step 2: Take 3 blue balloons and fill them with helium, compressed air, and nitrogen.

Step 3: Take 3 red balloons and fill them with the 3 respective gases.

Step 6: Take a white poster board and mount each set of balloons on it.

Step 7: Measure the height of each balloon and note down the measurement in your notebook.

Step 8: Observe the balloons while measuring.

Step 9: This is the preliminary testing in which you will find helium deflated balloons quickly. Therefore, helium got out of the race.

Step 10: Repeat the same experiment with the remaining gasses for final testing that will take place for four weeks.

1. Our hypothesis in which we assumed that nitrogen would keep a balloon inflated for a longer time was correct.

2. We found out that Nitrogen kept the balloon inflated for a longer time at its fullest level as measured by height.

3. Compressed gas deflates at a faster rate but is still better than helium.

4. Helium was the poorest one and deflated balloons in a very short time.

1. The claim of Costco’s advertisement was right. Nitrogen is literally the best gas for the purpose of inflating balloons.

2. The worst was helium.

1. Fill gasses properly in each of the balloons.

2. Make sure every balloon is mounted at the same height.

As claimed by Costco’s advertisements, this experiment determines if nitrogen is the best gas for inflating balloons.

ANS. To find if nitrogen gas inflates a balloon more than compressed air and helium.

Q.2 Which gas-inflated balloon the most?

ANS. Nitrogen inflated balloons the most.

Q.3 Which gas was worst in terms of inflating balloons?

ANS. Helium was the worst in terms of inflating balloons.